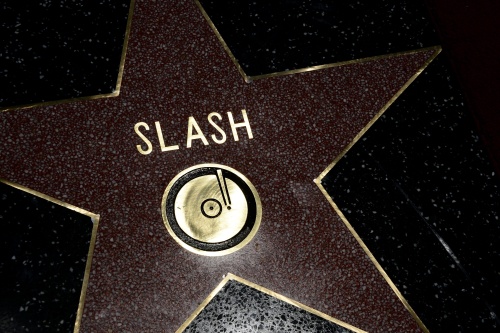 Guitarist Slash (46) is immortalized with a star on Tuesday the Walk of Fame in Hollywood. A special moment, found the British-American rocker, all the more because he is only a few blocks away for the first time ever as youth a guitar in hand nam.

Slash (real name Saul Hudson) was born in Britain but grew up in California. There he dreamed of being a rock star was already,,, like Led Zeppelin’ ‘, he said at the festive ceremony. The guitarist made furore with Guns N ‘ Roses. After his departure from the band in 1996, he continued to create plenty of music and action, both with his band Velvet Revolver as a solo.